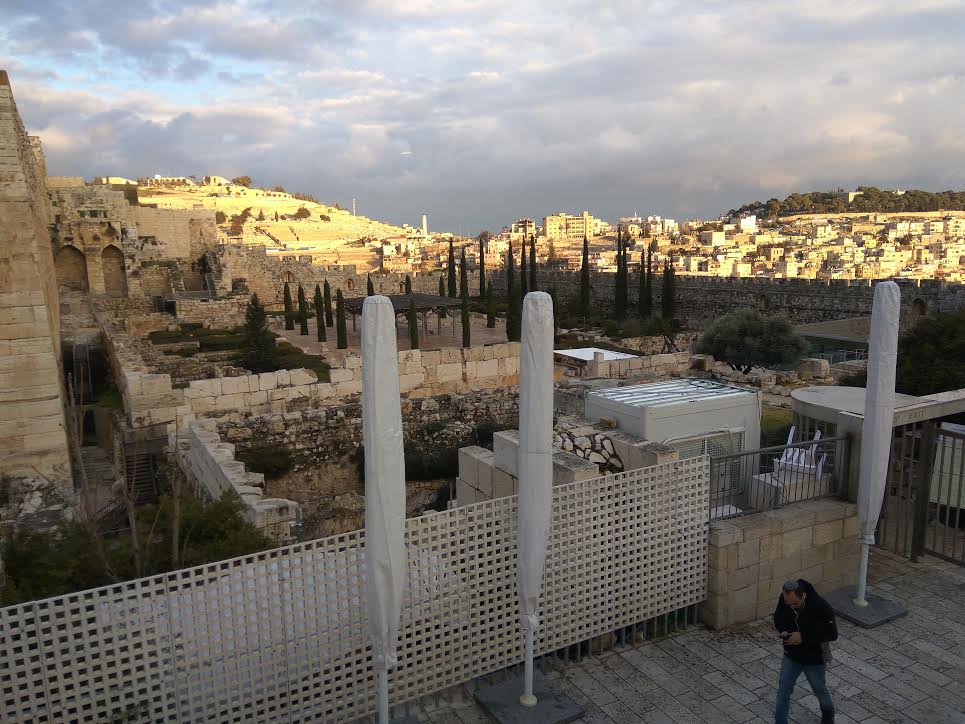 Just recently we celebrated the holiday of Shavuot, fifty days after the first day of Passover.  In Jerusalem, Shavuot is beautiful and powerful, as people across the city stay up all night to study various aspects of Torah in lectures, seminars and small study sessions, and then flood toward the Western Wall at dawn(in the Torah the festival is referred to as  first fruits festival of offerings, and became linked to the giving of the Torah to the Jewish People at Mt. Sinai).

But every Shavuot that I celebrate here in Jerusalem powerfully reminds me of my first, several decades ago. For the impressions that pierced me then feel fresh even now and have defined so much of my experience in and feeling for this city.

Well, I must qualify that already, for it was not really my first Shavuot. That had occurred exactly a year earlier, for I actually arrived in Israel for the first time, from Europe, on Shavuot itself, too ignorant to even know it was a holiday. But a year later I was still in Israel(to my surprise), living in the small northern town of Tzfat(famous as a 16th-century center of Kabbalah), and I came to Jerusalem to experience my first Shavuot in the Holy City.

Distant family graciously opened several homes to me. After evening prayers and dinner(Jewish holidays and the Sabbath all begin in the evening), a cousin brought me to a yeshiva in the Jewish Quarter of the Old City to study(just as my grandfather, who grew up there, must have done every year).

For the first time, I read the Book of Ruth, traditionally read on Shavuot during morning prayers. We entered that strange dimension in the early, early morning between night and day, when sounds become hushed, when the focus of consciousness narrows, and when it seems that no other place exists other than that little dim-lit room with texts, students, coffee cups and biscuits scattered everywhere. At about 4:30, the early calls to the morning Muslim prayers floated in from the muezzins of local mosques.

Before dawn, we headed through the alleys towards the Western Wall, blending with small groups. Some people were dressed in white, or draped in white tallitot(prayer shawls). As we descended the long set of steps leading from the Jewish Quarter toward the plaza abutting the Western Wall, masses of people gathered from every direction. The very first light was diluting the darkness above the Mt. of Olives to the east. It cast the immense Jewish cemetery on the slope in dull amber(only later did I learn that my ancestors back to my great-great-great grandparents are buried there).

Then I was suddenly reminded that this was Sunday, for some early church bells started tolling. But a mosque somewhere was still releasing its drawn-out trilling call to morning prayer. And the rivulets of Jewish pilgrims continued to merge into a giant stream. In my drowsy, almost hypnotized state, the rays and waves of profundity from three major directions and religions, intersecting like ripples in an invisible pond, overwhelmed me, too much for my puny mind to absorb.

And now, as a guide for thirty years, constantly and consistently trying to expand my knowledge of this city and country, I still have that feeling. And I hope to continue to cling to and inhale this sense of intellectual, sensual and spiritual intoxication. I still feel it, for example, hiking along one of the ridges that, like bony fingers, cup the basin in which Jerusalem sits. I can almost hear the screams and howls and clash of weapons rising from battle after battle fought in the valleys below.

And this year, as Jews flocked to the Western Wall marking the giving of the Torah, Muslims woke early as well, ate something light and sipped some coffee before entering their observance of the month-ling daily fast of Ramadan, marking the revelation of the Quran to Muhammed(using a lunar calendar with no adjustments for seasons, the Muslim festivals rotate around the year).

It can even occur that Ramadan, Passover and Good Friday overlap. and then these stone walls are swollen with multi-religious crowds, and my mind seems even punier, as I try to comprehend these deep, strong currents of history and spirit.